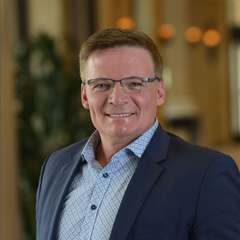 Chief Executive Officer
Ewan Downie is an accomplished company builder and entrepreneur with more 25 years experience in the mining sector. Mr. Downie served as founder, President & CEO of Premier and prior to this, founder President & CEO of Wolfden Resources Inc. Both companies enjoyed significant value appreciation following inception resulting in both being acquired with spinout vehicles to the benefit of shareholders. In his extensive career Mr. Downie has participated in several gold and base metal discoveries and has been awarded accolades to reflect this success including the 2003 recipient of the Prospectors and Developers Association of Canada, Bill Dennis Prospector of The Year and several Exploration, and Development acknowledgements from the Northwestern Ontario Prospectors Association.
VIEW PROFILE
Hosted By