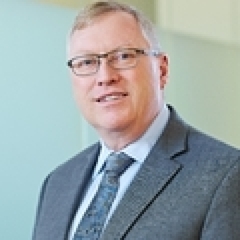 CEO
Mr. Middlemiss, P.Eng, is the President and Chief Executive Officer and a director of the Company. Prior to joining Wesdome, he was President and Chief Executive Officer and a director of St. Andrew Goldfields Ltd. ("SAS") until its acquisition by Kirkland Lake Gold Inc. in January 2016. Mr. Middlemiss joined SAS in July 2008 as General Manager and Vice President Operations, later assuming the role of Chief Operating Officer. He was appointed as President and Chief Executive Officer in October 2013. He earned a B. Sc. in mining engineering at Queen's University in 1989 and worked for Inco Limited (now Vale Canada Limited) as Mine Design Engineer until 1995. At that time, he joined Barrick Gold Inc. at their Holt-McDermott Mine, where he held the position of Chief Mine Engineer. In 2002 he joined Foxpoint Resources (now Kirkland Lake Gold Inc.) where he was instrumental in overseeing the rehabilitation, development, and commencement of production at the Macassa Mine beginning as Engineering & Production Manager, and later as Mine Manager. Mr. Middlemiss is a native of Kirkland Lake, Ontario and has extensive experience in the mining of gold deposits in the Abitibi Greenstone Belt.
VIEW PROFILE
Hosted By