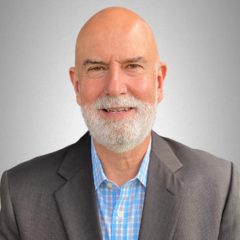 President and Chief Executive Officer
President, CEO and Director
Mr. Black lives in Lima, Peru and has 35 years’ experience in the mining industry. Mr. Black holds a BSc in Mining Engineering from the University of South Australia and is a member of the Australasian Institute of Mining and Metallurgy.

Prior to moving to Peru in 2000, Mr. Black was the founder and Managing Director of international mining consulting services group Global Mining Services from 1994 to 2000. In 1996, Mr. Black also founded and was Chairman of OFEX listed AGR Limited with exploration projects in Ghana and Mongolia. In 2002, Mr. Black took control of Chariot Resources Limited as a listed TSXV shell and played a key role in the acquisition of the Mina Justa Copper Project and formation of the Korean joint venture with Chariot Resources. Upon his resignation as Chairman & Executive VP of Chariot Resources in 2006, Mr. Black founded the Peruvian registered Rio Alto S.A.C.

In 2009 after successfully negotiating the acquisition of the La Arena Gold Project from Iamgold Corp, Rio Alto was acquired by Mexican Silver Mines and renamed Rio Alto Mining Limited. In 2014, Rio Alto also completed the successful acquisition of Sulliden Gold and the Shahuindo Gold Project for C$300M. Mr. Black, as President & CEO of Rio Alto Mining Limited and his experienced management team built Rio Alto from a C$12M company in 2009 to a C$1.2Bn company in 2015 at the time of the acquisition by Tahoe Resources Inc.
VIEW PROFILE
Hosted By