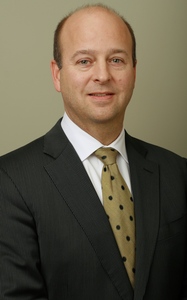 President, CEO & Director
Frank R. Hallam has over 27 years of experience in the mining, minerals and petroleum industry as an operator, principal, and founder of several NYSE.American, TSX and TSXV corporations. His experience includes both equity and debt financing and the execution of exploration, discovery and development programs in Canada, the USA, Mexico and in six different countries in Eastern and Southern Africa. Significant business partners have included Anglo American Platinum Limited, Barrick Gold Corporation, Newmont Mining Corporation, Industrias Penoles SAB de CV, Fresnillo Plc, JCI Limited and Impala Platinum Limited. He has been directly involved in friendly and hostile M&A transactions and has been involved in more than USD $2.0 billion in public offerings in the USA, Canada, and Europe.

In his role as CFO and Director with TSX listed gold exploration company Tan Range Exploration Corp. (1995 to 2002) he set up and administered exploration offices in Tanzania, Ethiopia and Eritrea.

Mr. Hallam was the original founder of New Millennium Metals Corp., a predecessor company to Platinum Group Metals Ltd. In addition to co-founding Platinum Group Metals Ltd. Mr. Hallam was a co-founder (2003) and former CFO and director until 2014 of MAG Silver Corp. Mr. Hallam was a co-founder (2005) and director of West Timmins Mining Inc. that was purchased by producing company Lake Shore Gold Corp. in 2009 for over CAD $ 400 million after the discovery of the Thunder Creek gold deposit. He served as a director of Lake Shore until the billion-dollar take-over of Lake Shore by Tahoe Resources Inc. in April 2016. Mr. Hallam currently serves as CFO & Corporate Secretary of West Vault Mining Inc.

Mr. Hallam is a Chartered Professional Accountant, Chartered Accountant (1993), was formerly an auditor in the public Mining Practice of Coopers & Lybrand (now PriceWaterhouseCoopers) and holds a Bachelor of Business Administration from Simon Fraser University (1990).
VIEW PROFILE
Hosted By