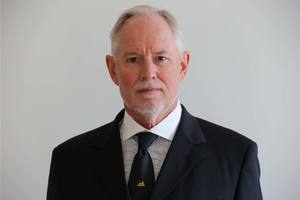 CEO and Director
Mr. Lewins is a Mineral Engineer with over 35 years’ experience in the mining industry. He has previously worked in Africa, Australia, Asia, North America and the former Soviet Union. He is currently the Chief Executive Officer of the Company and served as Chief Operating Officer from May 2016 to August 2017. Mr. Lewins has successfully managed the development of a number of open pit and underground gold, precious and base metal mines from feasibility study through to profitable operations.

Mr. Lewins has operated extensively at the corporate level in various roles from Executive General Manager to Director and Chief Executive Officer with a number of other mining companies, including MIM Holdings, First Dynasty Mines, Platinum Australia and African Thunder Platinum.

Mr. Lewins received his National Diploma for Technicians (Extractive Metallurgy) from Technikon Witwatersrand, South Africa, a Bachelor of Science degree (Honours) in Mineral Engineering from University of Leeds, England and a Graduate Diploma in Management from University of Queensland.

John Lewins is Chair of the K92 Health and Safety Committee.
VIEW PROFILE
Hosted By