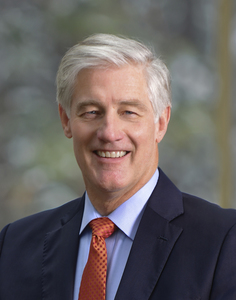 President & CEO
Phillips S. Baker, Jr. has been a director and President since 2001 and Chief Executive Officer since 2003. He has worked for 35 years in the mining business with almost two decades as the
CEO and another decade as the CFO. He has served as a director of a public utility and E&P company. Over the past twenty years Hecla improved its safety record, invested more than a quarter billion in environmental projects, made numerous acquisitions without a write-down, and focused on mines in the United States Canada, Mexico and on high grade silver and gold.
VIEW PROFILE
Hosted By